Ways and Shortcuts To Open Task Manager in Windows 10

Actually, the task manager in Windows 10 is not something new. This is one of the simple yet powerful built-in system monitoring tools that have been in almost all Windows versions. The task manager just gets better (if not the same) on each Windows operating system iterations.

There are actually features in Windows that we may not be aware of, yet. They are just lying around waiting for us to unlock them. One example is how we can make use of the dark mode theme on Windows 10. And speaking of dark mode, why not switch also your Microsoft Outlook to different themes.

Or maybe, it will interest you that there are different snipping tools, both free and paid, in our Windows system. There are other tools that are just there but we have not explored yet.

The task manager in Windows 10, or any other Windows version, is popularly used to force close an app. The tool can be helpful when you need to terminate an application that is no longer responding.

What Benefits Does A Task Manager in Windows Gives You?

Accessing the task manager in a Windows machine is not rocket science. True! However, there will be times when an application goes on a rampage, opening a task manager might not be easy. The rouge application might prevent you to open the tool. That is why you need to know, at least more than one way, how you can access and open the Windows task manager.

In this article, we will be sharing the different ways how to open or access the task manager in Windows 10. But not to worry because most of these are applicable to all Windows versions.

Microsoft Windows support page shared a couple of keyboard shortcuts for different Windows versions. But to make things easier for you, just press Ctrl + Shift + Esc simultaneously, the Windows task manager will pop on your screen. This is probably the fastest way to bring up the task manager.

Pressing simultaneously the Ctrl + Alt + Del keys from your keyboard is probably the most known way to bring up the Windows task manager.

Prior to Windows Vista, the Ctrl + Alt + Del keystroke will you directly to the Task Manager window. But starting Windows Vista these three-finger salute keystrokes have now a new job. What you are seeing now after pressing these keys is the Windows Security screen which provides the user not only the Task Manager. You can now lock your screen, switch to other users (for machines with more login profiles), sign out from your own profile, and the Task Manager.

The Power User menu was initially introduced in Windows 8. And it does still exist in Windows 10 with more options and features.

By pressing Windows + X (also known as WinX) will bring you to the Power User Menu. And as you can see in the image below, it gives you different options that will enable you to manage your Windows system. We will not be discussing them but with this step, you can also access your Task Manager.

Another way to bring up the task manager in Windows 10 or any other version is by accessing it through the taskbar menu. Just right-click on any empty space on your Windows taskbar then select Task Manager from the options.

Method #5: 2 Ways To Access The Task Manager From The Start Menu

You can also use the Windows Run command to invoke the Task Manager in Windows. Just click the Start Menu and type “Run” or press Window+R simultaneously to open the Run app. Then type the word taskmgr and then click the OK button like the image below.

Another way to bring up the Windows Task Manager is by directly opening the Taskmgr.exe executable file from C:\Windows\System32.

Method #8: Creating a Shortcut In the Taskbar or Desktop

You can also create an executable shortcut of Taskmgr.exe on your desktop or pin it in your taskbar. All you have to do is go to C:\Windows\System32 then left-click the Taskmgr.exe. Then hold and press (right-click this time) on taskmgr.exe while you drag it on your desktop. Then you will see the option Create shortcuts here.

Or you can do the same steps but this time drag the taskmgr.exe file towards your taskbar.

Method #9: Run the Task Manager From A Command Prompt Or Powershell

If for some reason, the steps above is not working to open the task manager, you can use the command prompt or Windows Powershell.

Method #10: Find Your Way To Open The Task Manager From The Control Panel

Although for most Windows users, opening the task manager is not something that they will do every time. Not even randomly. But knowing how to open it in many ways is quite convenient especially if your Windows application is messing up.

But note this, the Task Manager, like any other application in Windows may not work as expected sometimes. And the only application you are hoping to help you in times like this can add up to your problems. If this is the case, most of the time, you resort to rebooting your machine. What will you do to escape from such a dilemma without you restarting your machine?

That is something we can discuss on a separate topic. 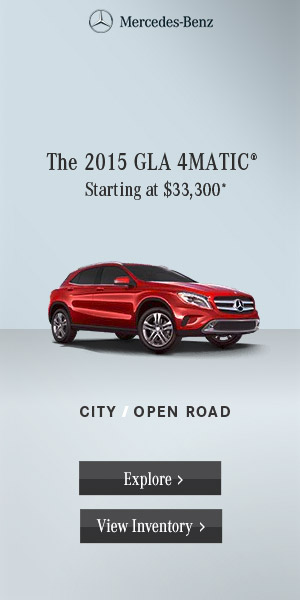